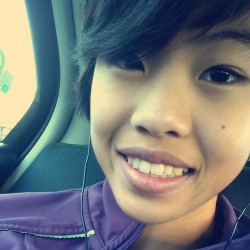 I'm Kat. I read books (YA and various non-fiction) and talk about them here.
11 BOOKS 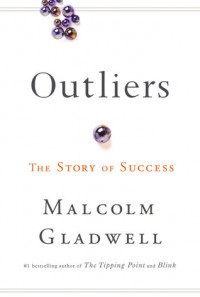 After several months of being occupied with schoolwork and required reading, as well as extracurricular activities, summer has finally come and I now have time to devour the items on my impossibly long reading list. Outliers by Malcolm Gladwell is the first nonfiction book on that list. It was a delightful little book (the version I have actually has small physical dimensions, which I liked) full of insightful information.

In the first part of Outliers, Gladwell takes a look at opportunity. It’s this, accumulating over the course of many years, that creates the stars and prodigies often sensationally dubbed “self-made”. Sometimes it starts out with seemingly insignificant things: Canadian youth hockey players are split into different teams based on age. The older members of a team have had more time to develop and grow, even if the age difference is only a few months, so they are typically chosen for higher-level leagues. There, they’re given more opportunity than the younger—but not necessarily less skilled—players, in the form of longer practices and better opponents.

Gladwell points out a pattern in what it takes to achieve mastery, and it’s not an Einsteinian IQ, not genetics, but practice: 10,000 hours of it. To put it in perspective, that’s about 3 hours per day for 10 years. The legendary Beatles reached that point by playing long, nightly gigs in Hamburg, Germany. Microsoft founder Bill Gates obsessively programmed his way through his adolescence. There’s no known case in which someone has reached mastery in a shorter amount of time.

In the latter half of the book, Gladwell discusses cultural legacy. Whether or not we realize it, the cultural norms passed onto us from our ancestors and environment greatly impact our behavior, even long after our great-greats have died. In a study, young men from the northern and southern United States were found to react differently to an insult. The catch: the southern responses were akin to the “culture of honor” behavior of the European settlers who had moved to the region centuries before.

Outliers opened my eyes to some of the ways our cultures shape us and predict our success. It also reminded me to be on the watch for opportunities in my life. All of us are given opportunities—some more than others—but it is whether or not we utilize them and how we do so that makes all the difference.

Disclaimer: I borrowed this book from my local library, and I am not affiliated with it, the author, nor the publisher.